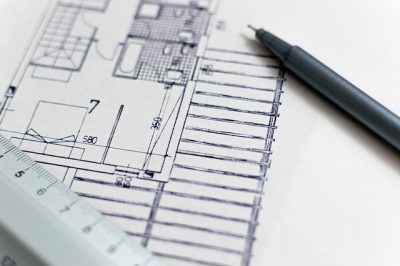 BERLIN – The University of Vermont Health Network says it plans to assemble an array of interested parties, including those who use services, by September to get input for the new inpatient psychiatric unit being planned for the campus of Central Vermont Medical Center.

In the meantime, it has reported to regulators that it is already analyzing data to make preliminary decisions by November on the size and type of facility, using a “measure of need” definition of “patients currently unable to promptly access inpatient psychiatric treatment when clinically appropriate.”

While the network is focusing on estimating the need for new capacity based on patients who currently do not have access to inpatient beds – and often wait in emergency rooms for days –some stakeholders suggest that current delays may be driven by the lack of community services, housing or other supports rather than a lack of hospital beds.

Over the summer, 54 people responded to a Counterpoint survey, and 93 percent said they supported the creation of more peer-run community centers and respite beds over the addition of hospital beds.

At a Green Mountain Care Board forum in July, one hospital executive said that a lack of sufficient psychiatric beds was “going to be a never-ending problem” if prevention services were not addressed.

Department of Mental Health Commissioner Melissa Bailey said that “we can’t forget about the social fabric that supports people,” and that, beyond the focus on the crisis in emergency rooms, there needs to be attention to “prevent needing that level of care.”

She added that there also had to be supports for people’s resiliency after a hospital discharge.

The forum was held to inform the board about mental health issues, but no consumer or survivor representatives were on the panel.

In an earlier update to the board on the new facility planning, UVM Health Network CEO John Brumsted testified that “we need to very much avoid the belief that just adding inpatient capacity” is going to be a “fix-all.”

However, he told the board that once the emergency room logjam was relieved through inpatient access, other issues could be addressed.

He said that data analysis was being done to review numbers from inpatient units and hospitals around the state, and that he believes “this methodology that we all agree to up front” will result in a solid number to determine the number of beds needed.

Brumsted said that there would be active engagement with patients and advocates, but “we just want to get our act together a little bit first” before bringing others to the discussion.

The hospital network was mandated by the legislature to ensure that “the planning process for designing its proposed expansion of inpatient psychiatric bed capacity … includes broad stakeholder input, including from patients and providers.”

Retired advocate Ken Libertoff reminded Brumsted of the controversy that erupted in 2002, when the hospital attempted to move its psychiatric unit off the main campus in Burlington without getting key input, and ended up with months of public debate and, ultimately, rejection of the plan.

Brumsted responded that “the advocacy community that came together with us” to create the alternative Shepardson units at that time are the ones “we intend to engage fully” in the new project.

The board chair, Kevin Mullin, said Libertoff’s advice was worth remembering.

“There’s nothing that delays a project more than an advocacy group that believes that they were ignored or didn’t have a seat at the table,” he warned Brumsted.