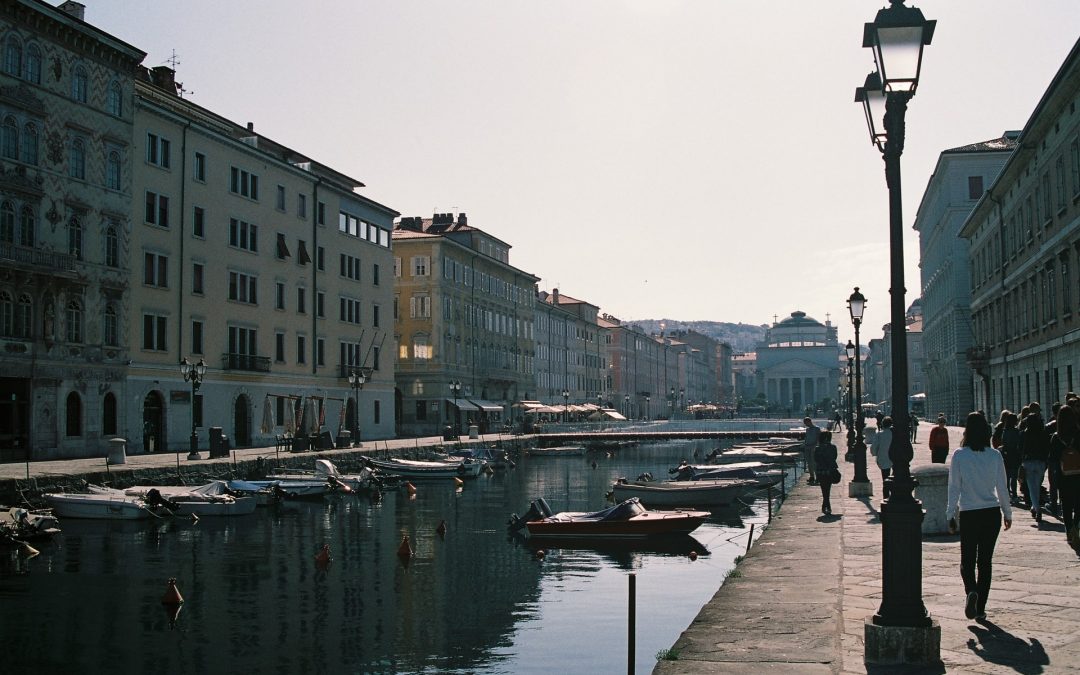 A report by Dario Pio Muccilli

News of the apparently imminent demise of the pioneering, community-based mental health system in the Italian city of Trieste created an international shockwave last fall. Since then, activists and politicians have fought back, but only time will tell whether their recent victories will amount to more than a brief stay of execution for a model of care whose successes have inspired progressive policymakers and clinicians globally for decades.

In 1978, Italy shut down its asylums after Parliament passed Law 180, commonly known as the Basaglia Law, in honor of the psychiatrist who revolutionized the country’s approach to mental health in an era of widespread institutional abuse. For Dr. Franco Basaglia, patients were “subjects,” not “objects,” of therapy. He respected them as citizens, and rather than imposing restraints, encouraged them to take active roles in society.

Basaglia worked mainly in Trieste, in the Friuli-Venezia-Giulia (FVG) region, which was and still is an avant-garde spot for alternative and democratic psychiatry. The WHO officially recognized Trieste’s mental healthcare as a global model in 2021. But in the same year, the system faced harsh attacks from the center-right FVG regional government and from public health authorities.

The CSMs make up the core of the system, and inside them, visitors often find it difficult to distinguish who’s a patient and who’s a doctor. Assemblies, peer support, self-management of common spaces, shared projects, and voluntary medication all play important roles in these drop-in therapeutic communities.

Elena Cerkvenič, formerly a patient of CSM Barcola, gained the confidence to attend philosophical meetings in city clubs. “That moved me later to run cultural initiatives in my community. I felt trustworthy,” she said.

Silva Bon, a history professor who also spent time in Barcola, later joined the scientific committee of UNASAM, the national union of mental health associations. “The CSM saved my life and widened my view on the world,” she recalled.

Both Bon and Cerkvenič had experienced more traditional treatments. Cerkvenič remembered her days in a German aslyum: “Gates were closed, and there were guards – a trauma.”

Barcola has served as a showcase of the Trieste model for visiting dignitaries and health experts from around the world. But in 2021, after many difficult months in which COVID-19 had hindered its operations, the center needed a new director. Candidates responded to a public tender that spring.

The hiring commission ranked Dr. Marco Colucci, a Basaglian, first in terms of qualifications, but the following oral test crowned Dr. Pierfranco Trincas as the winning candidate. Observers questioned the legitimacy of the process.

Dr. Roberto Mezzina, former director of Barcola and of Trieste’s Mental Health Department, spoke out immediately to protest the appointment in a letter signed by him and other renowned retired psychiatrists.

“The tender was politically piloted, as it often happens in Italy. They disregarded 50 years of Basaglian legacy to deliver a hostile political message. The FVG center-right government never supported us. It rather has always advocated a more private-run healthcare, far less open-door than we’re used to,” Mezzina told Counterpoint.

Starting as a volunteer, Mezzina had worked in Trieste’s system from 1978 until his recent retirement. He’s now chair of the International Mental Health Collaborating Network and speaks at conferences and events in many countries, including a virtual panel for the Vermont Program for Quality in Health Care in October 2021.

The FVG government took no notice of Mezzina’s complaints, and FVG Vice President Riccardo Riccardi publicly stated, “Being Basaglian isn’t a qualification for the tender.” In the view of Mezzina, however, “you cannot put an entire system in the hands of a person who barely knows it.”

By July, fears of the CSMs’ demise had already spread within the international mental health community, prompting US scholar Allen Frances to launch an appeal in The Lancet. In the fall, those fears appeared to crystallize into reality.

On Sept. 24, the FVG government approved a proposal to shut down seven out of 22 mental health centers in the region. The decision did not shutter them immediately, as the three local public health authorities in FVG had to issue orders of their own to confirm the closures.

ASUGI, responsible for the Trieste area, acted gradually. The first step took place on Oct. 31, with a reduction in hours that cut the round-the-clock operations of two CSMs (Barcola and Gambini) in half.

Francesca Fratianni, spokesperson for the public sector labor union CGIL-FP, stressed the harmful impact of the new 12-hour schedule: “CSMs serve a wide audience. People in need or in crisis at night should be able to refer to the same environment as they would in daylight. Changing it from day to night creates a huge discomfort in psychiatric cases.”

Early December saw a second move in the direction of the September resolution. ASUGI Director Antonio Poggiana proposed a plan where, in the context of a wider reorganization, two CSMs – again, Barcola and Gambini – would close altogether.

In order to take effect, the plan needed the signatures of the mayors of Trieste and of the other municipalities in the ASUGI area, and then, finally, the approval of the FVG government. While the mayors assented, a wave of criticism from civil society and opposition parties prevented the FVG government from certifying the plan.

Over the course of a few days, patients’ families and other concerned citizens collected 2,433 signatures to save the CSMs. Opposition leaders in the legislative assembly, the FVG Regional Council, called a press conference to support the battle.

“The cooperation of citizens and politicians saved the situation,” Andrea Ussai, the whip for the Five Star Movement, an opposition party, summarized.

The official rejection of the closure came on Dec. 23, when the FVG government affirmed ASUGI’s four CSMs and instructed Barcola and Gambini to restart 24-hour service. For now, the resolution has taken partial effect: Barcola fully reopened on Jan. 10, but Gambini operates only during the daytime.

Mental health advocates didn’t get much time to celebrate before a new problem emerged.

During a Jan. 17 summit between the Mental Health Department and its labor unions, ASUGI announced that a shortage of workers now imperiled the CSMs. Without additional personnel, CSM Domio, which had just eight nurses left on staff, and CSM Barcola, which had 13, would have to close.

“We urgently called for a new meeting with ASUGI leadership to understand how large is the need of new people to work. Surely we perceived a positive attitude till now,” said Romina Dazzara, a CISL-FP spokesperson, who, alongside Fratianni and Fabio Pototschnig of FIALS, represented workers in the talks.

The second meeting hasn’t been scheduled at the time of this writing. A new ASUGI policy draft circulating in late January upheld the existing number of CSMs in Trieste, but skepticism about their future remains significant, and the past attitude of the center-right FVG government nourishes worries.

“As soon as they got the government in 2018, VP Riccardi wondered what public health services might be outsourced to private companies, denouncing falsely how just 4% of healthcare wasn’t run by the state,” recounted Ussai, who has served in the FVG Regional Council since 2013.

At that time, a center-left government, together with Mezzina and other scholars, crafted a document titled A Regional Plan for Mental Healthcare. The plan aimed to empower the community-based system of care and sided with Basaglian methods.

“The center-right threw the plan out,” Ussai explained. “Rather than CSMs, they funded traditional psychiatric hospitals, and no big hiring was pursued before COVID-19 obliged them.”

The trust in the FVG government is so low that, in early January, the Permanent Conference for Mental Health Worldwide – a self-described “global laboratory” for Basaglian psychiatry – reportedly delivered a letter to FVG President Massimiliano Fedriga to request certainties of ongoing support for the CSMs, not seeing them in the Dec. 23 resolution.

Public outry and governmental action seem to have “saved” Trieste’s mental health system for now, but serious threats remain. Shortage of staff and lack of political backing risk choking the CSMs at any moment.

Moreover, it’s not yet known how Trincas’s direction will affect Barcola’s operations, or whether similar appointments will happen elsewhere. Inside and outside the CSMs, attacks are likely to continue to endanger the experiment in emancipatory mental health that began in Trieste more than half a century ago.

Mezzina has a clear idea of what the system’s destruction would mean: “If Trieste falls, all the Basaglian experience will become just a bunch of principles and memories, ceasing to be a vital gear of world psychiatry as it has been thus far.”

Dario Pio Muccilli lives in Turin, Italy. He contributed this report to Counterpoint on Jan. 28.