State OKs, then Delays, on ECT 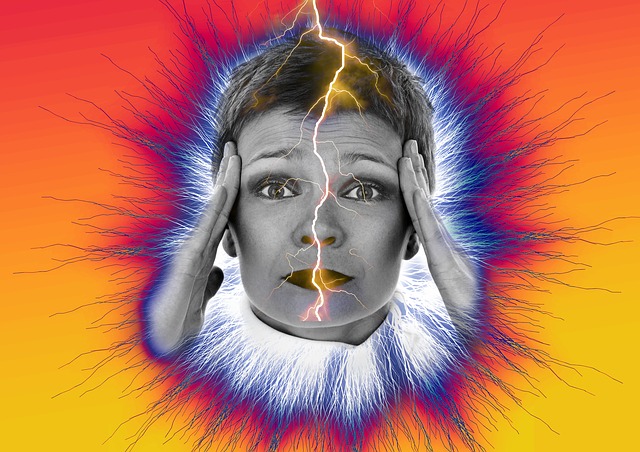 WATERBURY – The Department of Mental Health approved a draft policy in March from Springfield Hospital for a new electroconvulsive therapy service. The policy includes steps for seeking authority to perform ECT involuntarily on a person who is competent to make decisions but has refused the treatment.

The policy also allows for consent to ECT by the person’s next of kin for a person who is not competent, and for ECT to be used with children under age 18 – something not previously permitted in Vermont.

Department staff verified in late August that the hospital’s draft policies had been accepted and DMH was only awaiting a final version, but Commissioner Melissa Bailey later said the department was now reviewing concerns raised in questions from Counterpoint.

“At this point we spoke with Springfield Hospital and they are not planning on performing ECT until we have everything resolved,” Bailey wrote in an August 31 email. She did not know about the new ECT program until July 2, internal DMH emails indicate.

Bailey said that DMH legal and program staff would be meeting with Al Gobeille, secretary of the Agency of Human Services, during the first week of September to discuss the issues that had been raised. Counterpoint went to press that same week, and no report of a meeting outcome was made available in time for this article.

Disability Rights Vermont expressed concern as early details of the plans became public. Supervising attorney A.J. Ruben said DRVT will be “monitoring Springfield Hospital’s ECT program carefully to assure that in policy and practice patients and their families receive all relevant information and retain all their civil rights” when ECT is considered.

ECT is widely referred to as a highly controversial treatment for psychiatric illness, primarily because of debate over the extent of memory loss that can occur as a result of the treatments. According to DMH materials, the treatment involves sending an electrical current through the brain to cause a seizure. Because of the electrical current used, it is frequently referred to as electroshock therapy, or simply shock.

Although ECT is most commonly known as a treatment for severe depression, DMH, citing “strong consensus in the field,” identifies it as appropriate for use for mania and schizophrenia also.

A law passed in 2000 directs DMH to provide oversight of ECT in Vermont, including establishing uniform informed consent documents for patients. Currently, ECT is provided at the University of Vermont Medical Center, the Veteran’s Administration Hospital, Dartmouth Hitchcock in New Hampshire, and, on a limited basis, at Central Vermont Medical Center.

Springfield Hospital told DMH in a November 2017 email described as an “update” that it had two patients scheduled to receive ECT treatments the following month. That plan fell through.

In March, DMH did a site visit and reviewed the hospital’s ECT policy. The site visit report said that a review of the document “found it to be consistent with Department of Mental Health guidelines” and said the program anticipated serving its first patients “on or about April 6.”

For reasons that are not clear, the hospital delayed start of the program several more times. A June letter announced that ECT “is now available” and invited patient referrals.

In an internal departmental email on August 23, DMH staff reported that a hospital nursing director told them the hospital’s draft ECT policies were anticipated to be approved at its next Surgical Services meeting on October 6 and that its first patient was scheduled to receive ECT in October.

The Springfield policy makes no reference to the mandated informed consent process and forms from the state, nor to the procedures required as part of the state criteria for performing ECT, but outlines its own procedure for obtaining consent.

The policy notes that patients with a legal guardian must have a court order for treatment. It then discusses patients “unable to give valid informed consent,” recommends consultation with the hospital’s ethics committee, and states, “Treatment may be given with informed consent to next of kin.”

The policy proceeds to discuss “those rare cases where there is a competent refusal but ECT is still considered to be necessary due to a clear threat to the life of the patient” and recommends steps on how to pursue authority to deliver ECT against the person’s will.

It states that for patients under the age of 18, consent of a parent or guardian is required for use of ECT and that in such cases, “two staff psychiatrists should agree and document that ECT is indicated.”

The American Psychiatric Association guidelines – which DMH said are the basis for the standards it monitors – indicate that consultants with expertise in child psychiatry should be used when considering ECT for a minor.

Past DMH policies have required specific review and protocols for any program that might propose to use ECT for children. No Vermont hospitals have previously made such a proposal.

Vermont law says that the state “recognizes the fundamental right of an adult to determine the extent of health care the individual will receive” and creates legal alternatives only for persons who are found to lack capacity to make a decision for themselves.

Counterpoint questioned Bailey about the DMH approval of the Springfield policy, raising the concern that “in three very serious, substantive ways the policy violates state of Vermont established policy on ECT. In one of those, it directly violates state statute, and in another, likely violates constitutional rights.”

The Counterpoint editor wrote in an email, “I would note that consent by next of kin has no authority in Vermont law; that overturning competent consent to mandate ECT has no authority under Vermont law even with court involvement; and that written DMH policy precludes the use of ECT on minors under age 18.”

Follow-up from Counterpoint questioned Miller’s training and knowledge about ECT and whether, based on its communications and policies, Springfield Hospital actually intended to limited its program to serving patients who had finished ECT at another hospital first, as DMH said it believed.

After the DMH site visit in March, email exchanges indicated that the only issue outstanding for DMH was verification that Springfield Hospital had reviewed Miller’s training and had authorized him to provide ECT there.

On June 21, Miller sent an announcement to other physicians that ECT was “now available” in Springfield and that they could begin to refer or schedule patients.

Internal email exchanges indicate that DMH officials received Miller’s letter secondhand on July 2 and that it took them by surprise because they had not yet received the verification letter from the hospital. One email said staff was “actively following up now to see where communication broke down.”

The DMH emails also indicate that neither Bailey nor Deputy Commissioner Mourning Fox were aware of any plans by Springfield Hospital to start providing ECT – despite DMH approval of the policies and the site visit in March – until the discovery of Miller’s announcement that the program had begun.

“Well, this is news to me,” Bailey wrote. Fox said, “We will look uninformed, at best, if this came up and we did not know that we are adding a new site that can provide ECT.”

DMH legal and program representatives told Counterpoint that the department believed that its statutory oversight did not include authority to approve or deny a hospital’s decision to provide ECT.

As a result, they relied on Miller’s expertise to determine whether there was a need to have an ECT provider established in Springfield, they said.

Staff said their understanding was that the program would be limited to providing ECT to area residents who had started ECT at another hospital but wanted their ongoing treatment closer to home, but that they had not asked Miller how many individuals that included.

Miller’s June announcement did not reference limiting ECT to follow-up care and said patients could include those receiving inpatient care at the Windham Center.

In his November 2017 email, Miller told DMH, “As mentioned, we are only planning to offer maintenance [ECT] for now.”

Maintenance ECT is defined by the American Psychiatric Association as “prophylactic” use of ECT that is provided at least six months after an initial series of ECT. Prophylactic is preventative treatment “to protect against recurrence” of an illness, the APA guidelines say.