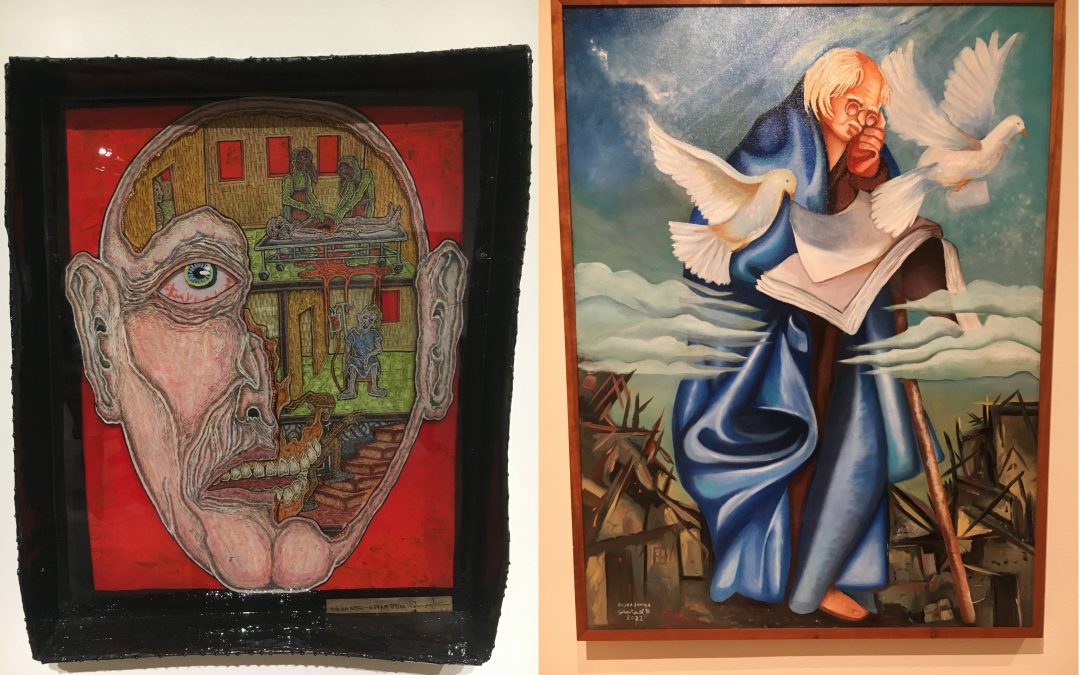 BURLINGTON – A temporary exhibition at the University of Vermont’s Fleming Museum of Art dives deep into its archives and comes up with something new. Call and Response: Personal Reflections on the Fleming Collection opened on Sept. 13 and features 16 members of the Howard Center Arts Collective.

Call and Response found inspiration in paintings and objects as old as the 17th century. Each new work reshapes an artistic vision from the past.

Manager of Collections and Exhibitions Margaret Tamulonis pointed out that the Fleming’s first director, Henry Perkins, was a leader in eugenics in the early 1900’s. Eugenics supported sterilization of people who were deemed unfit to have children, including those with psychiatric disabilities. She described the show as part of an ongoing process of “examining and reckoning” with the museum’s historically exclusionary practices.

Curator of Education and Public Programs Alice Boone noted the impact that the show had already had upon visitors. “I brought the psychiatry medical students into this space, and [it] was so affecting for them that the professor who I work with actually brought his entire department back, and we spent about an hour and a half talking in that space,” she told the artists at an opening reception. “What they all came to was this sense that they were really transformed by seeing your art and really transformed into thinking about the ways that they need to do their work differently.”