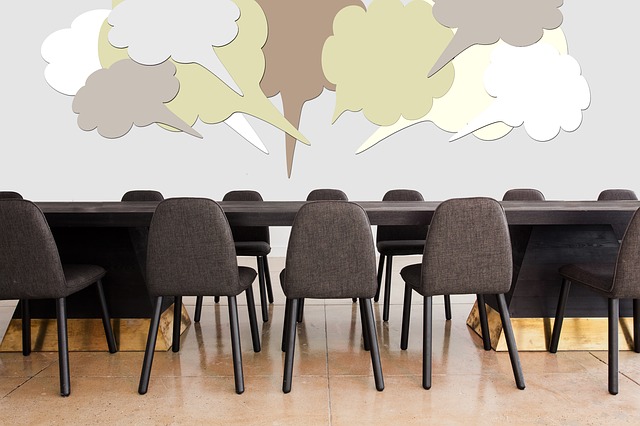 WATERBURY – A committee appointed by the legislature to review the state’s laws on court-ordered outpatient treatment voted in November to recommend a pilot project that would enhance voluntary services to people who would otherwise have been on such an order.

An involuntary outpatient treatment order in Vermont is called an order of nonhospitalization and typically referred to as an ONH.

Whether funding could be found for such services was unclear, but Department of Mental Health Interim Commissioner Mourning Fox said later that he was “fully in support” of the concept.

The committee agreed it could not reach consensus on recommendations for actual changes to the law. Instead, the report will include summaries of all of the different proposals that were offered by members of the committee.

These included a recommendation by Disability Rights Vermont, supported by a position paper drafted by Vermont Psychiatric Survivors, to abolish coerced outpatient treatment orders altogether, as some other states have done.

Another proposal, made by the Vermont Department of Sheriffs and State’s Attorneys, argued for giving authority over enforcement of ONHs issued in criminal court to the Department of Corrections.

The final report had not been completed when Counterpoint went to press, but the committee voted on or agreed to the elements it would contain after reviewing a draft at its final meeting.

The Department of Mental Health, represented on the committee by Director of Operations Frank Reed, indicated strong opposition to the VPS position paper, and Reed said the department would attach a statement critiquing the VPS analysis.

The pilot project would identify two parts of the state where individuals would receive “augmented treatment and support services” such as outreach, vocational assistance, peer support and housing support.

During the meeting, members clarified that within the pilot, individuals would not be placed on an ONH at all.

“The point of this pilot … is people who would otherwise be on an ONH,” explained AJ Ruben from Disability Rights Vermont, which made the proposal along with the family member representative on the committee, Mary Cox.

Sandy Steingard, MD, a Howard Center psychiatrist who was representing the community mental health centers, said the services listed appeared to be the same as “what we are trying to do” in the current system.
“Where do you see this as different?” she asked.

Cox said the main thrust of the proposal was to get adequate, voluntary help funded in order to reduce the use of ONHs when a person was otherwise judged to have failed to be successful without a court order. She presented information from New York state, where such programs are in place and highly successful.

In his later interview, Fox said the department has yet to go through the internal budget process for funding that will be approved for next year, but that “I would love to see it funded and funded appropriately” so that it could be successful.
An ONH can be initiated in the Family Division of the courts and often occurs as a part of a discharge from an involuntary hospital stay. According to data from DMH, about 15 percent of the time an ONH is initiated by the Criminal Division, after a finding that a person who was charged with a crime is not competent to stand trial or was legally insane at the time of a crime.

A second pilot that was included in the draft report was rejected by the committee. It was drawn from recommendations from last year in a consulting report to DMH by the Treatment Advocacy Center, an organization from Virginia that supports the use of coerced treatment.

The pilot would have increased court involvement and made it easier to return a person to the hospital if a treatment team believed they had “come to require a more restrictive treatment setting.” It would have reserved inpatient beds to ensure a bed was immediately available for those situations.

“This is going in the opposite direction of a lot of the committee’s work,” said Judge Brian Grearson, who was the judiciary representative on the committee.
He said that there were misconceptions in the TAC report, and that “we had concerns right from the get-go” about the data it used.

In discussions of the draft prepared by DMH, the committee also agreed that the final report needed to include the full statement from VPS outlining why ONHs are counter-productive and should be eliminated.

The draft described the VPS position briefly, followed by lengthy comments by DMH about why its conclusions were not valid. It also included opposition statements from the state’s attorneys’ representative.

Proposals from other committee members, including the state’s attorneys, had been summarized at length and were not subjected to any responses by DMH.
Calvin Moen, the VPS representative, said its position was not represented fairly or in the same way as the other proposals. The VPS statement was presented in a “pretty cursory, brief overview,” noted another member.
Reed agreed to revise the draft to include the entire statement from VPS, to remove the comments made by the state’s attorneys, and to place its own comments in a separate section.

The committee, in a split vote, left in a list of “strengths” and of “weaknesses” of ONHs in Vermont, despite concerns that some were factually inaccurate and might be misunderstood. Instead of removing them, the committee’s vote requires stronger language explaining that it is simply a list of opinions by different members.

The committee also discussed at some length a question about whether an ONH being considered in the Criminal Division after criminal charges have been dropped based upon findings of incompetency or insanity should be handled by the attorneys who address ONHs in the Family Division.

Under current law, the terms of an ONH in those cases are debated between the state’s attorney and the public defender who handled the criminal case. In the Family Division, the state is represented by attorneys from DMH and the client is represented by the Mental Health Law Project.

A proposal by MHLP and the community mental health centers suggested that those attorneys be included as co-counsel for ONH cases in criminal court.
Grearson said judges support such a change because they want to be able to hear what treatment options would be available and appropriate, which is not the expertise of the criminal attorneys.

Grearson said that two years ago a bill before the legislature would have made that change in attorneys, but one group opposed it – the state’s attorneys – and the effort failed at the last moment. He urged the members of the committee to continue to advocate for the change.

The study committee was established by the legislature last spring to review ONHs and recommend any changes needed to improve effectiveness. It included representatives from DMH, VPS, the mental health ombudsman, the judiciary, the community mental health centers, MHLP, the Defender General, the Department of State’s Attorneys and Sherriff’s, the Department of Public Safety, the Vermont Association of Hospitals and Health Systems, a family member appointed by NAMI Vermont and a person who has been under an ONH appointed by VPS.