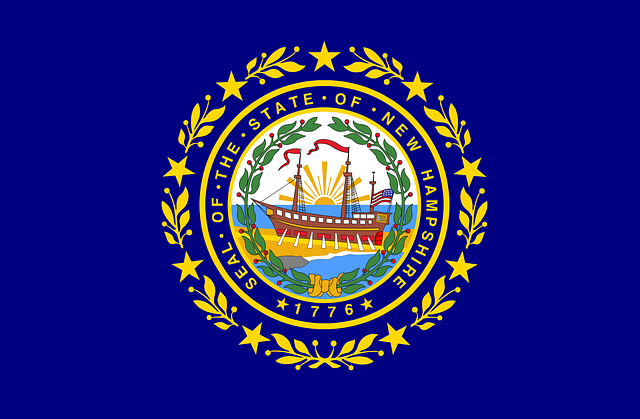 In 2017, the Vermont General Assembly created a Mental Health Crisis Response Commission for the purpose of “conducting reviews of law enforcement interactions with persons” in extreme mental states. New Hampshire could be the next state to institutionalize this form of scrutiny in one fashion or another, thanks to a new law that will create a committee to examine the advisability of assembling “a board to review police incidents involving citizens affected by mental health issues.”

Besides focusing exclusively upon the intersection of law enforcement and mental health, the entity contemplated by SB 376 would differ from the Law Enforcement Review Committee recently established in New Hampshire by HB 1682 (and from the civilian police review boards in many U.S. municipalities) because it would not serve to guide disciplinary processes. Instead, it would study uses of force – especially deadly force – against “individuals suffering from mental health disorders” for the purpose of forming policy and training recommendations, without calling into question their legality.

“It would be non-discoverable,” NAMI NH Executive Director Susan Stearns explained. “It really is about wanting to have all the information in order to create better outcomes in the future. So if agencies or individuals are concerned that that information could be brought forward in either civil or criminal complaints, folks would not want to participate.”

NAMI NH played a role in the drafting of the legislation during meetings with its sponsor, Sen. Bob Giuda. SB 376 also appropriates $1.1 million to reimburse local police departments and sheriff offices in New Hampshire for crisis intervention trainings.

“I convened a number of high-level meetings with the Commissioner of Safety, the Commissioner of Health and Human Services, the Attorney General. Everybody was walking around the issue,” Giuda told Counterpoint. “I said, ‘OK, two things: we need to get officers trained, and we need a review committee that looks at things to help police departments change their procedures.’”

The senator pointed out that the New Hampshire Attorney General already reviews every fatal shooting by police “from the point of view of criminal law.” In his view, however, these investigations into individual culpability do little to illuminate “what could have been done differently” by the department leading up to the deadly moment.

“If you don’t provide a system within which events and incidents can be dissected safely, without threat to the people involved, you are preventing a very effective tool, the tool of critique, from happening,” Giuda said. “And whilst a department may do a critique or may not after an incident review, nonetheless they’re not doing it from a mental health intervention point of view. They’re doing it from a police procedure point of view. What we need to do – and the purpose of this – is to marry those two things.”

The law empanels two members of the legislature’s upper chamber and three of the lower to hear testimony from 14 experts in the public safety and mental health fields, including Stearns. They will report their findings by November.

The state legislature will subsequently determine whether to create a mental health incident review board and, if they do, how it will operate. SB 376 establishes few parameters for it beyond a mission to perform “a comprehensive analysis of all mental health aspects” of lethal policing incidents and, discretionarily, of “non-lethal SWAT engagements.” Stearns, however, imagines that the board would administer a process similar to that which hospitals use to evaluate incident reports.

“A lot of it’s probably going to be about procedures and protocols,” she conjectured. “Can we learn from this incident and recognize that, in that interaction that happened a day before, something should’ve been done then? Similarly, if it turns out that perhaps the law enforcement officer hasn’t had a particular training, do we want to make sure that all law enforcement officers have additional training?”

Giuda said that he envisioned a body whose membership would include both mental health professionals and police officers. To protect law enforcement, its “deliberations will be totally blocked out from public view,” he added.

Among the important tasks for the study committee, in Stearns’s judgment, will be determining whether the potential board should operate under the auspices of the Department of Public Safety or within some other part of government, and “what kind of mechanism will there be for accountability that the board’s recommendations are implemented.”

A lot of discussion will likely take place before the legislators finalize their report.

“There are going to be folks in law enforcement, I imagine, who are going to have concerns about what this really looks like, how it impacts law enforcement. I don’t know that they’d be opposed. But I know that they’ll have concerns about how it is implemented, should it be. So the intent here really would be to give everyone an opportunity to weigh in,” Stearns said.

According to Stearns, the New Hampshire Attorney General’s 2021 report on a fatal shooting in Claremont by the state police prompted the push for a mental health incident review board, which began under her predecessor at NAMI NH, Ken Norton.

“In New Hampshire, over 50 percent of officer-involved shootings involve someone with a known mental health disorder,” Stearns asserted. By Giuda’s count, that category encompasses all four of New Hampshire’s most recent fatal shootings by police.

“It’s tragic,” he said. “These people were known to be mentally unstable, and there were opportunities for the police that engaged in these shootings to have prevented it from escalating to the point where they had to kill a person.”