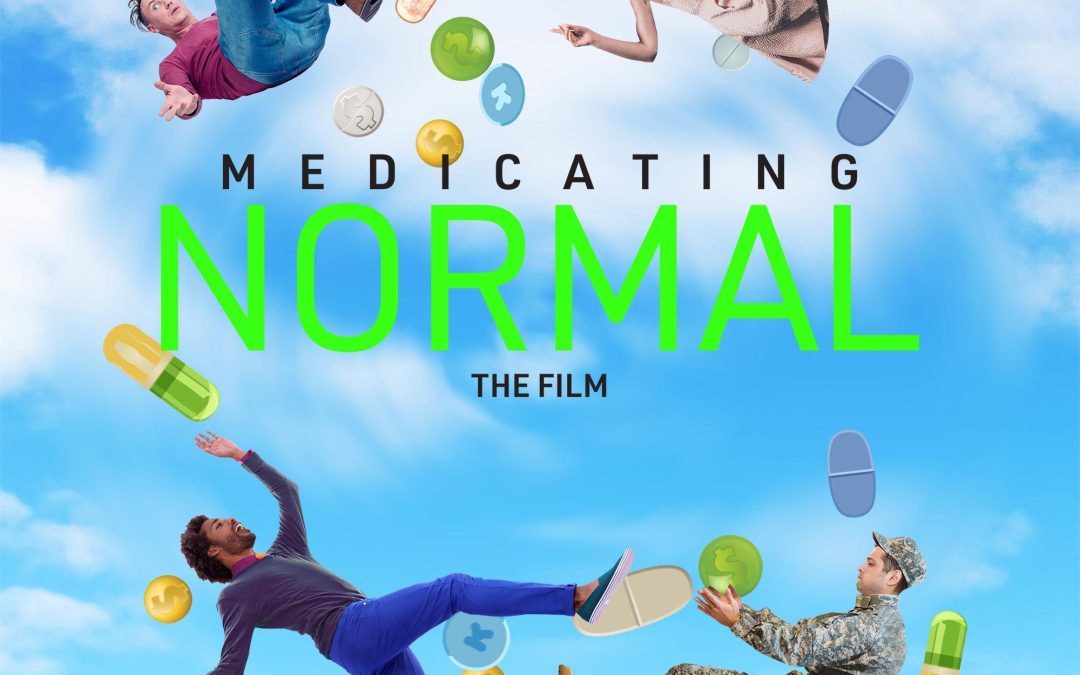 More than a decade has passed since the journalist Robert Whitaker authored the controversial exposé Anatomy of an Epidemic, which gathered reams of evidence in support of a central claim that psychiatric medication has hurt far more people than it has helped. Although academics hotly disputed Whitaker’s interpretations of the data, doubts about the drug-first model of psychiatry have in recent years filtered into mainstream discourse, where the new documentary Medicating Normal, which began airing on PBS affiliate stations this winter, aims to continue to inculcate skepticism.

Whitaker himself appears in the film to recapitulate his thesis, which traces the history of prescription psychotropics to postwar America’s attempt to replicate the successes of newly discovered antibiotics for so-called diseases of the brain, even as these – unlike the bacterial infections treated by “magic bullets” like penicillin – lacked an observable biological basis. Pharmacologists’ groping experiments in neurochemistry yielded pills with little-understood effects, but a profit-hungry pharmaceutical industry played up studies showing modest short-term benefits and ignored troubling longer-term outcomes. Whitaker contends that patients often take antipsychotics, antidepressants, and anxiolytics for problems that might otherwise resolve themselves over time and instead end up much sicker than they were before seeking help.

“They want that pill that they hope will take care of their problem thoroughly and rapidly, and most of these medications will actually do that very well in the short term. In the short term, they really work. The problem is that, in the long term, they’re mostly disastrous,” Dr. Anna Lembke of Stanford University Medical Center, one of the documentary’s cast of expert witnesses, opines.

“It hasn’t been possible to demonstrate that first you have a chemical imbalance and then, because of that, you become depressed or psychotic. But what we have shown is that the drugs create a chemical imbalance,” Dr. Peter Gøtzsche of the University of Copenhagen adds. “Nobody has a clue what happens when you push this system somewhere – you have all kinds of reactions elsewhere. It’s a very naive thought that a psychiatric disorder is based on one single thing that chemically went wrong and then we have a quick fix for that.”

Bearing a list of sponsors that includes the Alternative to Meds Center and the Benzodiazepine Information Coalition, Medicating Normal has, for better or worse, the straightforward gloss of an infomercial. The broadcast edit clocks in at just 56 minutes (an on-demand version adds another 20), and it seeks to tell only one story, which it uses four human subjects to tell.

Its quartet of overlapping testimonies follows an engineer, a waitress, a college student, and an Iraq War veteran. Their psychiatric journeys all begin with common issues: test anxiety, sleeplessness, a loss of appetite, a traumatic exposure. But various pharmaceutical cocktails leave them with emotional numbness, hallucinations, and suicidal ideation. One patient, not long out of grad school at MIT, recounts a realization that he could no longer remember what street he lived on.

Key to the delivery of the film’s message is the presentation of the four subjects – primarily middle-class, engaged in employment or education – as paradigmatically “normal,” presenting recognizable iterations of presumably temporary human suffering that, only in the corrupted world of modern psychiatry, would seem to require major medical interventions. While the filmmakers summarize a persuasive case against the overuse of psychotropics, they do not, apart from gesturing vaguely in the direction of talk therapy, seek to articulate an alternative model for mental health that, in the place of pharmacology, would address dire needs. Nor do they interrogate how constructs of “normalcy,” such as the one employed here, may drive the hunger for a “magic bullet” cure for so-called psychiatric disorders in the first place.

In its second half, Medicating Normal depicts the challenges and rewards of pharmaceutical “tapering” – the practice of slowly reducing one’s daily dose of psychotropics to zero. A vivid scene shows the aforementioned waitress with a scale and a razor, weighing a single pill of lorazepam and shaving off 10% of it.

“The withdrawal symptoms can often be much worse than the original problems the person came with, and the withdrawal is very, very difficult, sometimes quite dangerous, and may take months or years to really be accomplished,” Dr. Allen Frances of Duke University explains. “People are jumping out of their skin, feeling terrific anxiety, having all sorts of physiological symptoms that are difficult to bear. People cannot stop this medicine except in the slowest possible way, with very gradual reductions in dose.”

Another sequence, apparently shot over the real-life course of a marital separation and reconciliation, with narration by both parties, adds an affecting human element to the production, as the engineer makes the mistake of going cold turkey, which fills him with terror and anger that ruin his relationship. Later, having learned his lesson, he puts together draw-down schedule for his wife, who coincidentally wants to stop using the stimulants prescribed for her ADHD.

Meanwhile, amid “tremors” and “severe night sweats,” the waitress discusses the helpfulness of an online support group, where she discusses the pain of withdrawal with peers. She mentions that, since she joined, three other community members have taken their own lives. Getting off medication, in the view of the filmmakers, is a fight worth taking on, but only with the utmost caution.

While the life of the veteran improves immeasurably once she’s off drugs, she emphasizes that she’s “not anti-med”; rather, she’s “pro-informed-consent.” Followers of Whitaker and similar thinkers can only hope that this disclaimer – along with, perhaps, the considerable academic credentials of the majority of the film’s exegetic talking heads – will help the documentary evade the accusations of anti-science attitudes or conspiracy-minded thinking that often dog critiques of psychiatry.

Medicating Normal is available for free streaming at pbs.org until May 31.