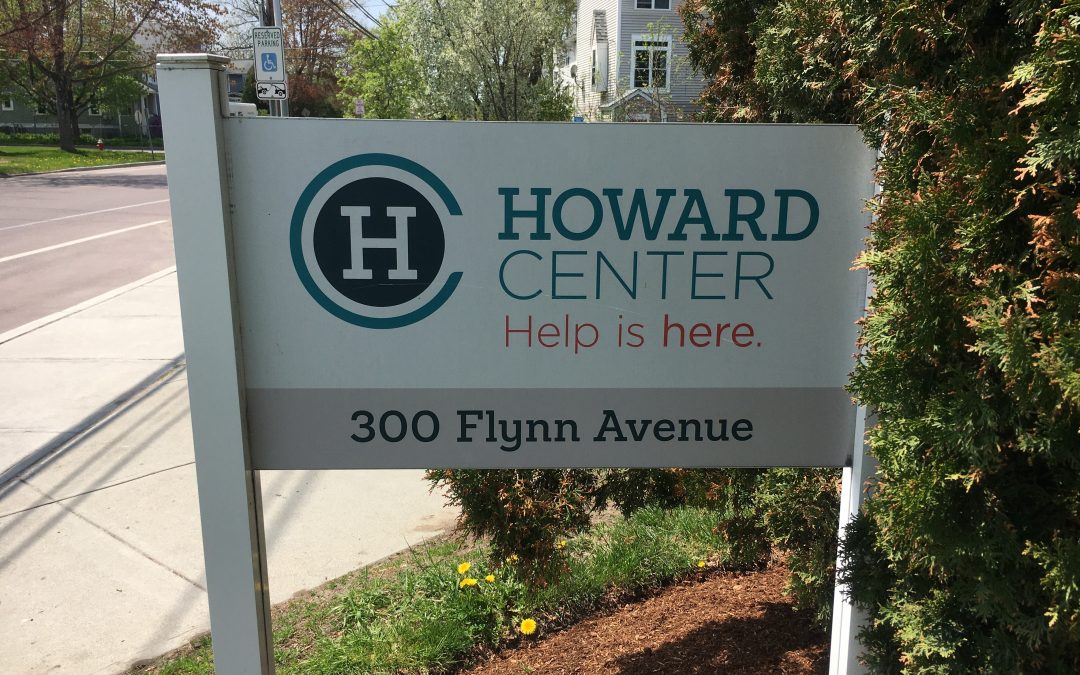 A new collective bargaining agreement between Local 1674 of the American Federation of State, County and Municipal Employees (AFSCME) and the Howard Center, Chittenden County’s designated agency for mental health, went into effect on March 20, according to a union official. Negotiations had begun nearly a year earlier to replace a contract that expired in June 2021.

“We had a lot of demands,” said Amanda Calder, a direct support professional at the Howard Center who also serves as a union steward and treasurer. “The biggest thing was pay.”

Before the three-year contract renewal, the Howard Center’s lowest-paid employees (such as life skills educators and peer community recovery specialists) earned $15.81 per hour, by Calder’s account. At the highest pay grade, she noted, registered nurses made $29 per hour.

“As you can see, that’s better than some jobs,” acknowledged Calder, who had earned $19.13 per hour. “It’s more than minimum wage. But, basically, there’s an extreme minority that are getting paid a livable wage. I’m making a livable wage if you’re single, have roommates, and have no kids.”

During negotiations, the union discovered that the vacancy rate for jobs in the lowest pay grade had reached 25%.

“Understaffing is a huge problem, and it’s been a huge problem forever, but then especially during COVID,” Calder observed. “All of these clients have no staff, or one or two days a week instead of five days a week. It puts huge stress on the clients and the people they live with – their shared living providers or their families or their friends, whoever else is helping them.”

Even so, Howard Center management’s priority “was to raise pay for the masters-level clinicians and the nurses, and to heck with everyone else,” Calder complained. “Our priority was raises for everybody, but especially to bring up the bottom.”

By the union’s account, management initially proposed 1% annual raises for lower-level employees on a five-year deal. The Local 1674 bargaining team – comprised of Calder and two colleagues – held out.

“They’d say, ‘We really don’t have any more money,’ and then they kept coming back with more money,” Calder recalled. “When we were getting closer to the end of bargaining, they said that what they were committing to do was that they’d be operating at a deficit.”

As negotiations stretched into winter, the Vermont General Assembly entered the 2022 legislative session with the hope of ameliorating worker shortages throughout the state. The question of how much to raise Medicaid reimbursement rates for community mental health centers became a sticking point as legislators hashed out the annual budget.

“To me, the most important thing is that the state isn’t funding things properly. I feel like Howard Center management is a secondary problem,” Calder opined. “Basically, their job at the agency is to keep things running smoothly while everyone’s lives are falling apart. They lobby the government to do stuff, but the government doesn’t really listen to them. The state is their boss, so there’s only so much they can advocate.”

“They’re kind of the middleman. Us putting pressure on them can put pressure on the state,” she continued. “As a union, we have the ability to say whatever the hell we want to the state. We’re voters, and we’re workers, and we don’t really answer to them.”

In the end, the union won a minimum wage of $18, which represented a 13.9% increase, with subsequent raises of 2% and 2.5% in the second and third years of the contract for workers at the bottom. “I think, because of the staffing crisis, we actually had more bargaining power this time,” Calder reflected.

The union reached a tentative agreement with the Howard Center on Jan. 24, and the membership’s ratification vote took place on Feb. 17. “It passed unanimously, which never happens, but everyone was wanting to get this done,” Calder remembered.

Still, the work of the bargaining team hadn’t ended. “Going from the tentative agreement to the contract took much longer than it’s ever taken,” Calder said.

By her account, when the Howard Center sent over the document for signatures, the union discovered major unannounced revisions to the tentative agreement, including a modification to the dental coverage.

“I was so mad that I couldn’t deal with it for a few days,” Calder recollected. “We made this long list of what the things were that they’d changed and what we thought about them and if they were OK or not or if they could be OK if we changed them, so it ended up being bargaining after bargaining.”

“They wrote back and said, ‘We’ve made all the changes you said.’ But of course they didn’t, so we had to through it again, and it was a smaller list, but it took time,” she continued. “The last time, they still hadn’t fixed a couple things, but we were like, ‘OK, we’re just going to sign this because we want to get people their raises.’”

The union called it a victory. “It’s actually a pretty good agreement. There’s almost nothing bad in it,” Calder said.

By this, she meant not just that Local 1674 had negotiated retroactive raises, better 401ks, expanded bereavement leave, and bigger shift differentials, but, equally, that it had managed to resist a number of proposals put forth by management, such as a stipulation that the agency could reassign staffers to different programs or locations within the Howard Center without their consent. The union also celebrated the defeat of a provision that would have excluded probationary employees from the bargaining unit.

At the same time, the union didn’t win all it had fought for. Calder had wanted more time off, lower health insurance premiums, retention bonuses, and an end to involuntary schedule changes, among other thwarted demands. The union also failed to secure the right to collect agency fees, the required payments that non-members make to cover their “fair share” of the cost of a union’s work on their behalf.

Finally, under the terms of the new deal, the pay for most Howard Center workers is “still pretty bad,” Calder admitted. “I did the math – I basically got zero raise because the inflation is 8%.”

Even so, in her view, the contract represents an improvement. And, as she sees it, it will benefit not only the Howard Center’s employees but also, indirectly, its clients.

“It makes it possible for people to stay in these jobs longer and to get better at their jobs,” Calder said. “I don’t actually know what the turnover rate is for the agency, but one number I’ve heard is like 25%. When you’re in a group home and a quarter of the people supporting you change every year, that’s a lot of change in who’s bathing you, who’s learning about your life story, and that kind of stuff. It takes a long time to really get to know someone to support them well.”

“With workers being organized and supporting each other, part of what we support each other in is advocating for clients and pushing against cuts to things and what we see as unfair decisions or treatment of people,” she went on. “I could give a lot of examples of management making really stupid and harmful decisions and workers advocating against that.”

Calder recognized that mental health and disability services workers cause problems, too, and allowed that, even with the best intentions and practices, they on some level occupy a “position of oppression” relative to their clients. “I’m someone who’s like, we should ultimately not need a mental health system because we just have a supportive society where people can have feelings and get support and heal from things and not hurt each other,” she said.

Such a society, in her imagination, would include “livable wages for everyone, and affordable housing, and free childcare, and shorter working times so that people have time to take care of themselves and each other and make art and have time with nature, all the things that are healthy.” She believes that organized labor will play a role in creating this world.

“I think we need to build worker power to be able to win the kinds of things that we need,” Calder said. “As a union, we can say things, and we can’t get fired for it, because we have a process, and there has to be just cause. So we have more freedom of speech, and we can advocate to the legislature, and we can ally ourselves with psychiatric survivors, with self-advocates.”

“Lamoille County Mental Health is the only other agency that has a union,” she pointed out. “It also is AFSCME. There’s a lot of the mental health field that’s not unionized, and I think that’s one of the things that’s necessary for improving services.”