Home / Founding Director to Step Down

Founding Director to Step Down 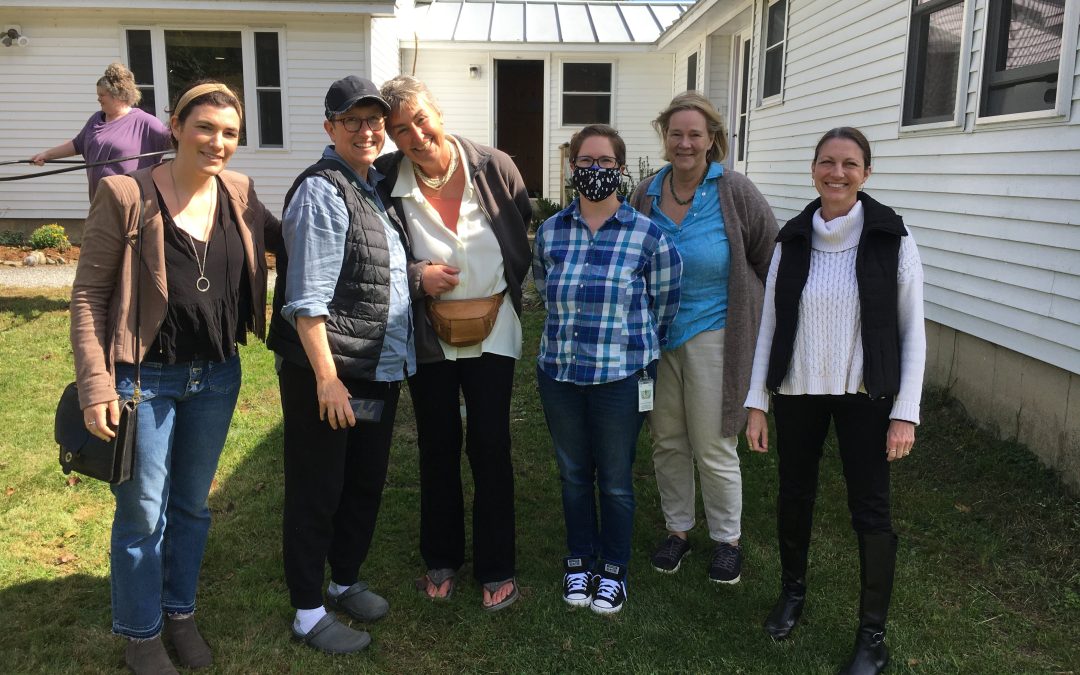 The peer-run respite Alyssum announced this summer that after 11 years, the organization’s founding director, Gloria van den Berg, had made plans to step down.

Alyssum’s two crisis beds, funded by the Vermont Department of Mental Health (DMH), have offered a voluntary, non-clinical alternative to psychiatric hospitalization since 2011, when it became the state’s first (and, to date, only) peer-run respite. According to a directory maintained by the National Empowerment Center, such facilities exist in only 13 states.

“She’s just been a tremendous asset to Vermont,” DMH Adult Services Director Patricia Singer said of van den Berg. “Alyssum models a tremendous peer support model. I think it shows how good respite care can really be beneficial to people who are in distress.”

Van den Berg noted that, as far back as 2019, she’d formulated a “five-year plan” for “stepping away from mental health.” Since then, “a lot of things happened” in her personal life.

“My daughter had cancer. We had Covid. My sons all moved back home,” she recounted. “And I found myself having a really hard time with cold weather, probably as a result of my age. And so, in the big Covid transition, you have to make sense out of this somehow. I wound up purchasing a house in Florida.”

Van den Berg’s sons will inherit the working farm that she operated for three decades on a hillside down the road from Alyssum. She has given up full-time Vermont residency, following a switch to telework during the pandemic. An earlier transition to “collaborative management” at Alyssum had already reduced her on-premises role.

“It happened when our house manager left about three years ago. We decided not to hire another house manager and to sort of distribute the house manager’s responsibilities amongst staff,” she remembered. “It’s a very well thought-out structure that we operate under. The great benefit of where Alyssum is at now is that the staff can collaboratively manage the day-to-day program.”

From Florida, van den Berg continues to oversee Alyssum’s budget and financial reporting, to apply for grants (most recently, for a new kitchen), and to participate in Vermont’s “statewide stuff,” like the ongoing effort to design a peer certification program. She expects her exit to take place “within the time frame, probably, that I was thinking of.”

“The board really felt that they wanted a director who was in residence in the state,” she observed. “I would be remote eight, nine months out of the year. They want something more than that. So it was kind of a push-me-pull-me situation with the board.”

As of September, Alyssum’s board of directors hadn’t yet initiated a formal search for van den Berg’s replacement. No one knows exactly how long it will take once it begins. According to longtime board member Marty Roberts, who had scheduled her own retirement for Oct. 1 this year, the position could possibly become a part-time role, leaving “more funding for the staff.”

Before Alyssum’s founding, Roberts joined a working group assembled by Vermont Psychiatric Survivors and tasked by DMH to help replace services at the Vermont State Hospital, then still operational, by creating a peer-run program. This effort led to the creation of a 501(c)(3), and Roberts became part of the board that hired van den Berg.

“It was one of those things that was just no question,” Roberts recollected. “To me, she stood out particularly for her personal qualities, for her passion. She had a lot of background of lived experience, which we really wanted. We wanted somebody who understood what it was like to be in a crisis sort of situation.”

“She had some administrative experience, but we were actually really looking for someone to develop a program, which is what she did. There wasn’t any program to start with. She worked all that out, did all kinds of training, and hired people. And she even found the building,” Roberts added. “She was clerking for a lawyer who lived in this house back here and was wanting to sell her house and move away. So she kind of facilitated that.”

For Alyssum’s staff, van den Berg won’t be an easy act to follow.

“She’s a team leader, but she’s also a team member,” said Niclas Thein, a peer supporter. “Technically, she’s the boss. But she has a way to not be bossy but get her vision established by just suggesting, having this gentle way of, ‘Hey, let’s do it this way.’ We all have input, but somehow Gloria was able to really put her vision into and create this reality here.”

“We feel a little bit in limbo of not knowing what’s gonna happen, who may take over,” said Serenity Lohr, who’s worked at Alyssum for five years. “A lot of it’s going to come down to finding the right person that can fit in and let us basically take the lead in showing them what we do and how to do it. So it’s going to take a very special person.”

“She’s got radical perspectives, which is what we do here,” Jenniflower said. “It’s really about thinking and experiencing and feeling and making decisions for yourself.”

“This was the first time that I didn’t feel alone in the world,” she described. “It’s where I learned that I could live outside of my symptoms and my diagnosis.”

She praised Alyssum’s self-directed program, which gave her time during her stays to paint, garden, do puzzles, and take field trips. And she especially credited the healing effect of a particular meditation technique shared by van den Berg.

“I took that with me. I use that all the time,” she said. “My hope always, when I come here, is that I can take more of Alyssum home with me and create that at home.”

Earlier this year, an unsuccessful proposal to create additional peer-run respites, in the model of Alyssum, came before the Vermont General Assembly. Van den Berg believes that Vermont could use more peer-run respites, but she pointed out that new facilities, if they’re established, will likely differ in some ways from the program she developed.

“The executive director makes the flavor of the respite,” she said. “And depending on where you put it, it takes on different parts of a community.”

She attributed the particular culture of Alyssum in large part to her “background in Buddhism and spiritual stuff.”