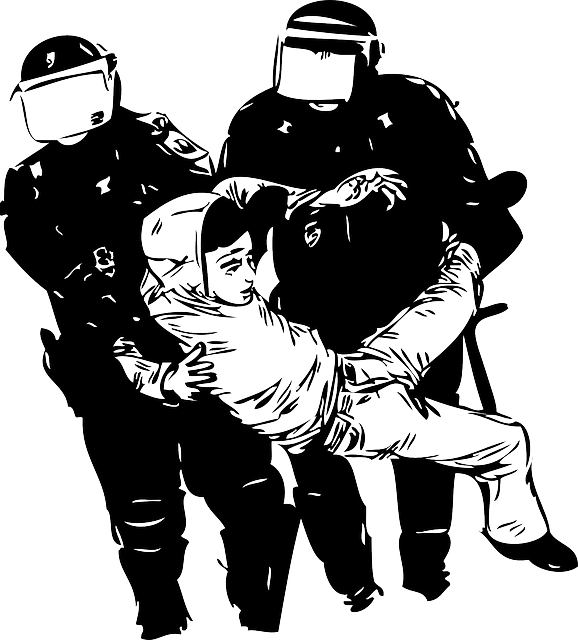 BRATTLEBORO – A psychiatric survivor who had experienced injury at the hands of police teamed up with advocates in a presentation at a 2018 emergency services symposium focused on mental health and trauma-informed care.

“It is a really hopeful moment to be collaborating in this space,” said Calvin Moen, director of training at Vermont Psychiatric Survivors, as he opened the presentation hosted by Brattleboro Memorial Hospital.

“I want to make peace with everybody,” Crystal Cheney told the group, despite being forcibly dragged off her recliner, where she was sitting quietly, to be taken to the hospital last year.

Cheney stood in front of the group of police, emergency department staff and medical responders in her first public presentation to communicate her personal experiences. She told Counterpoint in a lengthy interview last spring that she wanted to share her story to help others avoid experiencing the same harms.

The audience appeared to range in their reactions from being receptive, to questioning, to hostile.

Near the closing, one emergency department nurse said it was frustrating to hear the speakers because statistics show that nurses are the victims of violence from patients: “That’s the reality of it.”

Moen told the nurse that VPS came “trying to have a conversation” to address violence and it was hard to hear a reaction from medical personnel that turned the conversation into a statement that “we also get harmed.”

“Try to be compassionate,” Cheney said to the nurse.

Cheney and the VPS staff, which also included peer advocate Conor Cash, urged emergency responders to “assume that most people have experienced some trauma” and use that awareness when assessing a situation.

“If somebody’s behavior doesn’t make sense to you, it makes sense to them,” Moen said. He noted that if there is violence from a patient it is usually “self-defense to a perceived threat.”

Identifying what can be done differently means trying to see what went into creating that perceived threat that caused the reaction, he said.

One emergency room nurse asked, “What else can we be doing? We provide food and safety [sometimes for] three, four, five days. We really try. I don’t know what more we can do.”

Cheney said the most important thing was “listening to the person.”

“Call my doctor. Believe me,” she said.

Moen agreed. Although there is a perception that people in active stress don’t have an ability to express themselves, that isn’t true, he said.

He told the first responders that the power imbalance reinforces the feeling of powerlessness that trauma has created. A police intervention creates the same loss of bodily autonomy and, thus, retraumatization.

A member of the audience asked how it was possible to take a person’s history into account when “you have limited information … you have to make split-second decisions.

“How can these responders do things differently?”

“Treat them the way you want for your loved one,” Cheney said.

A police dispatcher later added an example of the challenge of interpreting behavior in that moment of time, when first responders have to decide, “Is it non-communicative or is it non-compliance?” if a person is not following directions.

Cash said that people in stress need space and validation of the situation, regardless of whether there is an intervention of some type. In some situations, validation may mean saying, “This sucks; I’m sorry.”

Another officer said that advocates needed to know more about “how we do what we do and why we do what we do” before making assumptions, suggesting there was “stigma in reverse” against the police.

People are “taken for medical care without their consent” in other situations, he said, giving the example of a person with a stroke. “Some protocols we can’t change.”

He suggested meeting with the heads of emergency responder services to exchange “information that can go both ways.”

Moen said the presentation “is the beginning, not the end” of a dialogue. “We could take it so much further,” he agreed.

During an earlier part of the symposium, the emergency response staff heard from Matthew Dove, a psychiatric nurse in a recently created position at the hospital’s emergency room.

“When you escalate, someone else will escalate,” he told them.

Regardless of what is causing a confrontation, “maybe everybody needs that pause” to assess the situation. “Your role is to keep everyone safe.”

Both in the discussion with Dove and later with the VPS presenters, Brattleboro Police Capt. Mark Carignan raised the challenges and complexities that he said police face in the moment of an emergency.

“The behavior that manifests itself” can appear the same whether it is a mental health crisis or a criminal activity, he said.

“How do you train … a 23-year-old in the police academy” about making that distinction regarding “in-the-moment force” if the person “needs to be arrested?” he asked.

An officer has to think, “For this person, if I give them a little more time” it could make a positive difference, but if it is a person engaged in criminal activity, that pause could increase the danger, Carignan said.

“It is a conversation we are always having,” he said.