Home / Crazy or Not, Here I Come

Crazy or Not, Here I Come 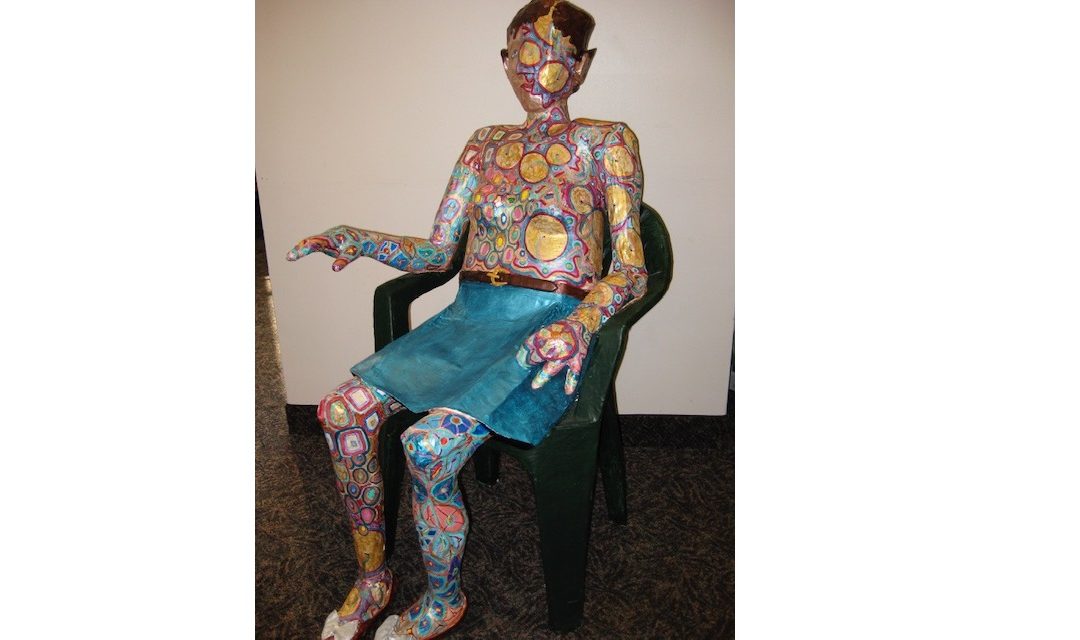 I used to be “crazy.” Labeled CMI, chronically mentally ill, prone to psychosis, I was a revolving-door mental patient, one who spent almost as much time in her adult life in the hospital as out of it. Although I had various diagnoses, the main one was schizophrenia, or the variant of it, schizoaffective disorder, that some claim combines features of bipolar disorder and schizophrenia. Over time, as I bounced from hospital to home and back to the hospital, the doctors would tack on other labels as well, like PTSD and different personality disorders.

Although I occasionally was admitted “voluntarily,” most of these hospital stays started out involuntary, until nurses, brandishing paper and pen, advised me of my right to sign in as “voluntary.” I would sign, but this did not mean I could leave because not even voluntary patients could leave at will, not in the state where I lived at the time. If you wanted to leave before the doctor thought you should, you had to sign a paper stating this and then wait to see if the doctor challenged the paper. If she did so within three days, you could be taken to probate court for a judge to hear the case. This was never good. We patients knew the judge virtually always sided with the doctors, since we were “crazy” and by definition could not know what was good for us.

But let me go back to the schizophrenia diagnosis. I heard voices, most of the time. Awful voices, voices that jeered and mocked and threatened me, voices that led me to burn myself dozens of times in an effort to rid myself of them. I heard and saw messages to me in everything, from the television and radio ads to newspaper headlines. I saw tiny scintillating red lights that swarmed about me like a cloud of gnats, and which I called the Red Strychnines. I saw Alan Arkin, the actor, and Senator Joe Lieberman dressed as Nazis supervising a conveyor belt sending bodies to the crematorium, and I heard music, people chanting in low voices, unintelligibly at first but later changing to threats. As is often the case, these voices and visions led me to distorted thinking, and to “paranoia,” based on what I heard and saw.

There were other voices. Brother Luke was the name I gave to the one good voice. He talked to me about time and space and humanity and love, and I felt safe with him. And there were the voices I called the Little People, to distinguish them from the main voices, the bad ones. The Little People occupied objects I used, like my comb or paint brushes, and they would talk to one another but would almost never speak directly to me. I could listen in on their lives and concerns, but mostly could not or did not want to interfere. They kept me company with their constant chatter, but they were never threatening or upsetting.

The bad voices did bother me, however, and I would often end up in the hospital because of them. But living in a hospital is as bad as it sounds, with horrible food, little to do, and really no help at all except the constant pressure to take medication, which could turn to threats if you didn’t comply. Worse, if you got out of line – that is, if you got too loud or angry at being kept there or treated by force – they would do things like have a team of security guards strip you naked and lock you in a freezing seclusion cell alone, or shackle your wrists and ankles to a bed, leaving you like that for hours, even days at a time. Or both at the same time. I know this because everything I write about happened to me on multiple occasions.

Staff called seclusion and restraints measures of last resort, claimed they were employed only when necessary to maintain safety, but we patients knew they were used almost always as retribution and punishment. Even SAMHSA (the Substance Abuse and Mental Health Services Administration) knew that restraints and seclusion were not helpful, as they stated in one of their pamphlets:

“… there is a common misconception that seclusion and restraint are used only when absolutely necessary as crisis response techniques. In fact, seclusion and restraint are most commonly used to address loud, disruptive, noncompliant behavior and generally originate from a power struggle between consumer and staff. The decision to apply seclusion or restraint techniques is often arbitrary, idiosyncratic, and generally avoidable…”

In another SAMHSA publication: “Seclusion and restraint were once perceived as therapeutic practices in the treatment of people with mental and/or substance use disorders. Today, these methods are viewed as traumatizing practices and are only to be used as a last resort when less-restrictive measures have failed and safety is at severe risk.”

And this: “Restraints can be harmful and often re-traumatizing for people, especially those who have trauma histories. Beyond the physical risks of injury and death, it has been found that people who experience seclusion and restraint remain in care longer and are more likely to be readmitted for care.”

But both seclusion and restraints are still used and increasingly so as staff-to-patient ratios are decreased in psych hospitals and units, with more patients per staff and many staff members poorly trained, if at all.

We were told this many times before: for instance, when the “miracle of psychosurgery” maimed or killed thousands, “helping” them with ice picks and prefrontal lobotomies. We were told of the miracles of shock, when a variety of drugs as well as electrical current applied to the brain “helped” thousands more, even when bones were broken and people died. And we are still being fed the lie that neuroleptic drugs like Thorazine and Haldol and the new generation of similar drugs like Zyprexa and Risperdal are in fact “antipsychotic” and are an effective treatment for, well, whatever ails you.

But it was not true that lobotomies helped anyone. Shock treatments, which induce grand mal seizures, are by definition brain-damaging, and the drugs rarely help more than they hurt, since it has been shown that long-term they create more illness, chronic illness, than they ever alleviated.

We should have known this. Back in the ‘50s, when Thorazine was seriously referred to as a chemical lobotomy (seen as desirable), doctors noted that the drug was not in fact a treatment that helped the person who took it, reducing symptoms or restoring health. What they saw was that those given the drug were subdued, even immobilized into the infamous Thorazine shuffle, and more “compliant.”

This helped the nurses be nurses, as the formerly disruptive were now bludgeoned by Thorazine into mild, shuffling sufferers. They were no longer madmen or madwomen – no, they had been disabled by the drug and could now be nursed as true patients, patients who were sick and needed nursing care.

I have been given high doses of Thorazine and know from experience that it is a horrible, deadening drug. I have been forcibly treated with soul-killing Haldol and the others, and when Clozaril came out, I was given that (I developed agranulocytosis, twice, so I was taken off it), and then Risperdal and Zyprexa and most of the others that later came onto the market. None of them helped me or reduced the voices or made me happier.

Two things did help: art, which became my life’s passion, and therapy – therapy not with a psychiatrist or an LCSW working with a psychiatrist (clinicians who saw only so-called mental illness), but with a woman who does not even have a license to practice in this country. She never saw schizophrenia or bipolar or personality disorders in me when we talked; she saw me, the me beneath all the labels, and she saw a good person, not the “Satan’s spawn” that the voices derided. She saw me healthy and thriving, even before I did.

She did not want to control me. In fact, human freedom was and is her main concern. But she accepted me as I was, and her unconditional acceptance, her love (for what else was it?), gave me back a sense of self and the self-esteem to thrive and move forward into my life.

I want to say a word about my falling in love with art. I became an artist very suddenly in 2008. I did not at the time understand what had happened, but I woke up one morning with a voice inside my head (all the other voices seemed to come from outside me) repeatedly telling me, “You have to build a human.” Well, I thought, this voice is not telling me to harm myself, what’s the problem with obeying? So I set out to build a human, and in three months, I created a life-size papier-mâché woman, seated in a chair.

This seemed to unleash something in me and I made art constantly from 2008 onward. It was only in 2017, when I stopped all my psych drugs, that I realized I had also stopped doing art. I went back on them, and within a week or two I was doing art again.

And a second slow withdrawal in 2020, which also resulted in my stopping my daily art-making, led me to the conclusion that without at least one of these drugs, I could not do art. And art was now my raison d’être.

I finally determined that it was Abilify that enabled me to do art. Abilify, which I had started in 2008 as an antipsychotic, is also used to “boost” anti-depressants. Nowhere has anyone ever noted its use in stimulating creativity. But that’s what it does for me, and it does so reliably.

Off Abilify, I do no art. On it, I can access my creativity in a way that I can no longer live without. But it does not act as an antipsychotic, or as an anti-depressant, because I’m fine these days, and all my “symptoms” (a term I never use except in quotes), all the voices and visions, the distorted thinking and paranoia I used to experience, are gone, whether I take the drug or not.

I believe that the extreme mental states called “mental illness” all have their origin in trauma, and often these traumas are re-enacted and reinforced by what is absurdly called “psychiatric care.” Forced medication, forcible treatment, restraints, seclusion and involuntary commitments, all these are liberally employed, as if shackling a person to bed or chair for hours at a time, or holding someone down for forced injections, is an act of compassion. These measures are undertaken most often against poor people or minorities, and buttressed by the same lies about “antipsychotics” and “antidepressants” that are also foisted on the general public.

If psychiatry were a profession entirely dedicated to the truth about each individual and the truth about trauma, and weren’t tied to the mercenary interests of the pharmaceutical companies, maybe today it would be a healing profession and not the corrupt, pseudo-medical cabal it is.

The profession could change, become what it purports to be, but this would necessitate psychiatrists looking honestly at history. I doubt that those who have arrogated so much power to themselves will ever relinquish it, much less acknowledge with remorse the immense harm psychiatry has inflicted on the world.