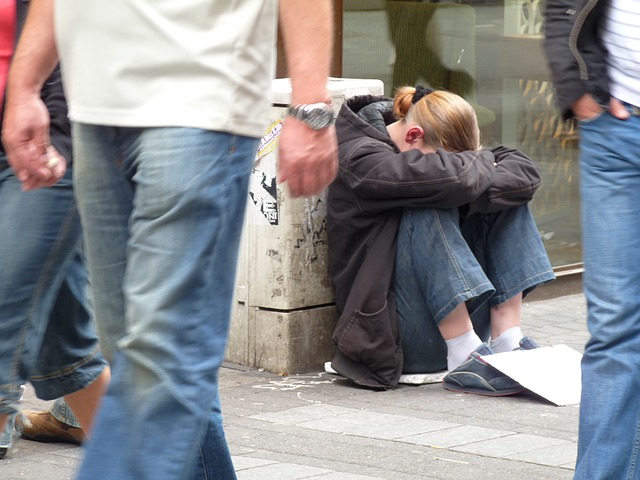 At this year’s Alternatives conference in Washington, Calvin Moen, Kaz DeWolfe and I gave a presentation on the elements of psychiatric coercion that members of our community face in accessing survival benefits.

This was an effort on our part to broaden the scope of discussions that occur in the consumer/survivor/ex-patient movement to consider coercion more broadly.

All the people who attended our workshop were recipients of survival benefits and had a great deal to contribute to the discussion. They spoke to the precarious nature of life on benefits, as well as to the degree to which participation in the benefits system limits their ability to determine the conditions of their care.

Like any system of power, psychiatry employs not only sticks but carrots to condition behavior and enroll people in its networks. While I see a great deal of force and coercion in my work as a patient representative in hospitals in Vermont, I have also come to see the economic realities that people endure as another element of coercion, albeit a subtler one.

This presentation was an effort to discuss these “soft” forms of coercion and to foster a discussion of the class dynamics at play in the mental health system.

Our primary analysis was Supplemental Security Income and Social Security Disability Insurance, as well as Section 8 vouchers, as these are the predominant forms of assistance accessed in our communities. For those qualifying on the basis of a psychiatric diagnosis, accessing these benefits presents the most significant elements of coercion.

To establish the broader framework, we presented a number of discourses that touch on mental health, as well as their economic context.

These “crises” are often discussed as matters separate from the broader economic context. This is a grievous oversight that erases the material conditions that we live under and that psychiatrizes distress. We have come to see it as implicitly political.

We are living in a time in which wealth inequality is as profound as it was in the lead-up to the Great Depression. Wages have been stagnant since 1973, and housing is costly and scarce. Many of us face our access to healthcare as increasingly precarious, cannot afford secondary education, and are experiencing the bleak and ruinous reality of climate change.

With these factors in mind, pathologizing distress is an error in logic. We are not living in the best of all possible worlds, and the discussion of mental illness as a public health crisis tends to ignore the material underpinnings of our distress and fear.

When looking at survival benefits like SSDI/SSI, we can see economic distress reflected in applications for benefits. During the 2008 economic crisis, in which the housing economy was devalued, there was a corresponding spike in applications.

While there is a perspective among conservatives that considers this rise in applications as evidence of cheating in the benefits system, we choose to interpret this data point in another way: The most significant social safety net is not provided by the government, but through informal mutual aid networks often composed of families and friends.

When the collapse of the housing market devalued home prices, it wiped out the savings of the working class and cut many people off from access to credit. It severely reduced the capacity of these informal networks to support members who are unable to work in the formal labor market.

The rise in applications during this period does not indicate cheating in the benefits system, but actual need from people who were formerly able to access survival resources through other means.

The emphasis on cheating in the disability benefits system mirrors the discussion that preceded the roll-back of welfare programs in the 1990s in which racist tropes about the black family, most notably the figure of the “welfare queen,” were deployed by conservatives and liberals alike to eliminate the Aid to Families with Dependent Children program.

It was replaced with Temporary Assistance to Needy Families, which had work requirements for benefits recipients and a five-year lifetime limit.

However, for those qualifying for benefits based on a psychiatric condition there is not only a requirement that one provide proof of disability in the form of medical records, but also a requirement that one perform the role of the “good patient,” leaving little room to explore alternative modalities or to attempt to live life without medication.

This is the equivalence of the work requirement, as attached to the receipt of disability benefits. In this later stage of the neoliberal period, attacks on cash assistance of all sorts are frequent, and as other forms of public assistance have been successfully gutted the crosshairs have settled on SSI/SSDI. Here disability benefits are referred to as “the new welfare,” and recipients of these benefits are examined as potential cheats.

For anyone familiar with the benefits system, there is an awareness that casting recipients in this light is not only misleading but cruel.

The maximum cash benefits available for SSI/SSDI put recipients well below the poverty line, and in the event that one’s eligibility is called into question benefits can be charged back for months or even years, a disastrous occurrence that not only cuts off income but throws one into debt.

In our presentation, we tried not only to identify the deep problems with the benefits system for those with disabilities but also to brainstorm political demands that would allow for an expansion of access to survival resources without the current trend of psychiatrization.

Participants in the workshop identified existing sets of demands currently on the political stage that would move us towards this objective.

Among the demands identified were a universal basic income, which would move us towards the goal of divorcing wages from work; universal healthcare; a right to housing independent of one’s compliance with psychiatric care and substance abuse treatment; and the reinstatement of substance abuse disorders as qualifying conditions for disability benefits.

It was inspiring, exciting and moving to participate in conversation with comrades who have lived under the benefits system and are seeking paths through it to greater freedom and security.

Our liberation from psychiatry and our economic liberation are more firmly intertwined in my understanding after this exchange.

Disabled workers of the world, unite!

Conor Cash is a peer advocate for Vermont Psychiatric Survivors in the Brattleboro office.