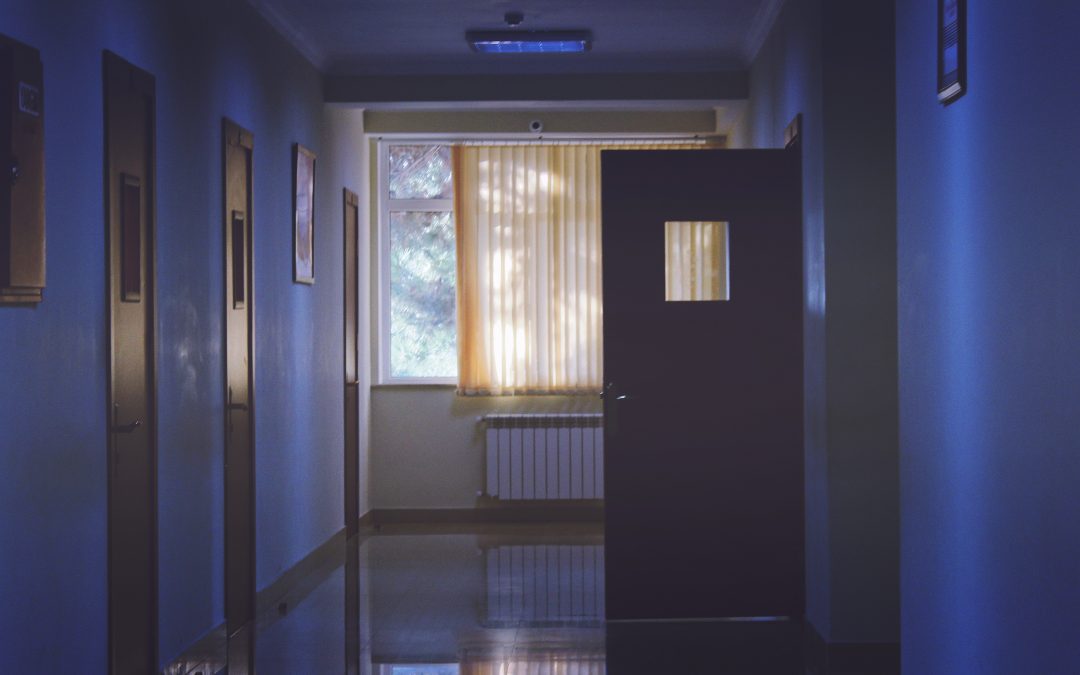 WATERBURY – Twenty-six investigations resulted in 13 hospitals being cited with violations of hospital standards between February and September, and nine of them related to the rights or safety of people receiving psychiatric interventions. Six of the nine took place in emergency rooms.

Complaints were wide ranging, including use of a Taser on a patient, a forced drug injection without asking if a patient would take it willingly, a drug interaction in an elderly patient that brought on a cardiac emergency, and the failure to search for hazardous items after a suicide attempt.

It was an unprecedented number of violations, far exceeding the number that occurred in 2011-12 when many small hospitals in the state were first coping with patients experiencing lengthy emergency room waits after Tropical Storm Irene closed the Vermont State Hospital.

“It is troubling, but not surprising,” said Ed Paquin, executive director of Disability Rights Vermont. He said that his agency staff often help patients file complaints, but “rarely do these complaints receive the attention that has been given to the cases reported recently.”

“I could not believe what I was hearing” in the descriptions of some of the incidents, he said. Fox said the DMH staff teamed up directly with staff from Licensing and Protection to present information about both the legal standards and alternatives for addressing a crisis.

Devon Green of the Vermont Association for Hospitals and Health Systems said that VAHHS had “heard anecdotally about an increase in Vermont hospital admissions generally that may be contributing to an already stressed system.”

She said the state’s hospitals are making investments in inpatient expansion, community health teams and telemedicine to help reduce and alleviate treatment delays.

The following were the hospitals and the violations reported by the state’s Division of Licensing and Protection:

University of Vermont Medical Center, Burlington, February: violation of rights of five patients for not discontinuing seclusion at the earliest possible time, based on a policy to maintain seclusion up to an hour after a patient falls asleep. A violation also occurred when the hospital did not involve a patient in treatment planning in transferring them to another hospital after serious injuries from repeated altercations with a second patient. UVMMC had two other surveys that found no violations.

Brattleboro Retreat, Brattleboro, March: violation of rights of a 75-year-old patient who suffered a cardiac emergency after involuntary medications and was then repeatedly subjected to restraint and seclusion, resulting in multiple bruises. There was no evidence demonstrating a need for the length of restraint, and the patient’s age and health condition were not taken into consideration. The Retreat had three other surveys with no violations found during the eight-month period of reviews, and a representative told a legislative committee in October that it had received only positive reviews, omitting the March violations.

Northeastern Vermont Regional Hospital, St. Johnsbury, April and June: violations of rights of patients reported in the fall issue of Counterpoint, based on the failure to prevent an 11-year-old boy from fleeing the emergency room, and using law enforcement to stop another suicidal patient from leaving by tackling the patient to the ground in the parking lot.

Copley Hospital, Morrisville, May: violation of rights through the use of police to handcuff a suicidal patient who tried to leave the emergency room, and later to assist with applying restraints, when law enforcement is not permitted to be used for patient care when a person is not in police custody or being charged with a crime; a violation regarding a second patient who was restrained and medicated contrary to required procedures.

University of Vermont Medical Center, Burlington, June: violation of the right of a patient to informed consent by involuntarily injecting them with medication in the emergency room without offering the opportunity to take it voluntarily.

Vermont Psychiatric Care Hospital, Berlin, July: failure to conduct required weekly searches for dangerous items, even in the weeks after a patient attempted suicide in June using a choking ligature created from items on the unit. VPCH has an advisory committee to assist with quality oversight, but the committee was never told about the suicide attempt and was told that the inspection by the state had resulted in no violations.

Northwestern Medical Center, St. Albans, September: violation of patient rights through failure to remove hazards from the patient room in the emergency department which enabled them to use a bed as a barricade, and using police officers to monitor the patient due to lack of adequate staffing; failing to remove hazards from a second patient’s room, who was able to throw items and use a plastic bag for self-harm; using police as a coercive presence while giving involuntary medication to another patient, when law enforcement is not permitted to be used for patient care when a person is not in police custody or being charged with a crime.

Northeastern Vermont Regional Hospital, St. Johnsbury, September: failure to provide adequate staffing, resulting in intervention by sheriff’s officers when a patient reacted defensively to being told they were about to be restrained for involuntary medication. The first officer who entered the room as part of a 12-member “code” team was knocked to the floor and returned punches to the patient, a second officer used baton strikes, and a third officer used a Taser.