Home / Are We One Movement?

Are We One Movement? 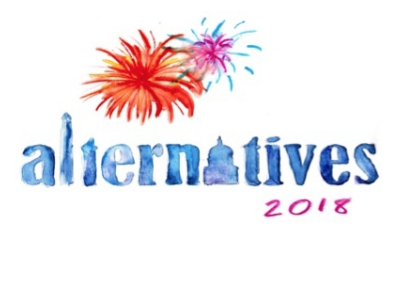 WASHINGTON – Somewhere between the restored freedom of a conference built without government funding and the celebration of peer support models expanding across the mental health system, a tension emerged at Alternatives 2018.

On the one hand, keynote addresses and workshops carried forward the social justice message against psychiatric oppression. Side-by-side were workshops that addressed strategies for the integration of multi-discipline peer support service teams within health care systems.

The dichotomy blossomed into a broad discussion on the final evening of the conference, co-facilitated by an early leader of the psychiatric survivor movement, Dan Fisher, MD, and a newer voice, Karen Blass.

The caucus discussion was titled with a question – “Are We One Movement?” – and Fisher said that he kept hearing the issue of the “splintering” of the movement throughout the weeklong conference.

At the same time, a second caucus discussion focused on a similar topic: “Is Our Movement Still Ours?” which asked, “Do we still want change, or just seek to conform in exchange for jobs and funding?”

Fisher said he had heard accusations of “coopting and elitism” among conference participants. “Maybe that’s diminishing our voice,” he said.

Fisher suggested that the “primary force has to be people who have suffered the greatest rights deprivation” through forced treatment and that the “peer movement has blurred it too much.”

Blass pushed back, as did others.

“It’s not so black and white,” she said. “You can get oppressed by other things.”

She said she had seen “people hurting each other – the last thing I want to see,” through challenging who could validly call oneself a peer.

“You can call it what you want,” she said, but “it is about being a human being; some of us have a harder time.”

Sara*, from Vermont, suggested that anyone who says they are a peer should be considered a peer, using the model of AA, which says, “If you identify, you belong.”

It is about “accepting each other’s reality” recognizing that “the whole problem is that the world won’t accept our reality.”

Jennifer, from Toronto, said, “In every movement I’ve been a part of, you start off attacking the problem and you end up attacking your allies.”

As members of a movement grow, said Patty, from New Hampshire, unless you “keep checking in” it “starts sinking of its own accord” because there are a variety of perspectives and “everyone is going to be somewhere on the curve for every issue.”

Fisher agreed that “we haven’t revisited that in a number of years” and “nobody knows about the history of the movement.”

For two first-time conference attendees, the idea of a movement against oppression was new.

“I didn’t know the radical background” behind the Alternatives conference, said Doug, a peer from New Hampshire. Donald, from Nebraska, said he hadn’t recognized there was a connection between Alternatives and “the movement.”

If the focus is placed on what is unifying rather than what is divisive, the unity comes because “if I’m struggling at three in the morning I can pick up the phone” and know there will be someone there who understands and cares, Donald said.

Three of the keynote speakers expressed views that may have been totally different, “but all valid from where they were coming from,” said Pat, from Minnesota, who said she felt people at the conference were inclusive and welcoming. “There’s room for all kinds of possibilities.”

Melissa, from Pennsylvania, agreed that participants were “incredibly welcoming and unifying,” but said that many peers were not familiar with Alternatives or its history and have “clinicalized peer support.”

Those people “are losing the roots” and actually “working against us,” she said.

Funding pressures – “who gets the money” – is one cause, suggested Michelle, from Toronto. An outcome is “people being hired as peer specialists who have no idea about the big picture” but are being hired to meet needs of an agency.

The first annual gatherings of the movement beginning in 1973 were titled “Conferences on Human Rights and Psychiatric Oppression” but were renamed for acceptability when government funding was obtained, Fisher said.

Alternatives 2018 was the first since 1985 to operate without government funding after years of controversy over allegations of censorship of conference content by the Substance Abuse and Mental Health Administration.

Fisher identified the first and most fundamental split in the Mental Patient Liberation Front as occurring between use of the terms “psychiatric survivors” and “consumers” with the distinction being the degree of identification with oppression.

Another participant said that while “there were always some rifts in the movement from the beginning, I never saw it as us being puppets of the provider community, which is what we’ve become.”

Jim, from Connecticut, said he was currently involved in a Mad Freedom project to produce a documentary of the movement, which he said demonstrated the issues were really about power and the use of force. The peer movement is, however, a part of that, he said.

Jim said the group could be unified through the effort at this year’s Alternatives conference to create a priority list for advocacy.

In contrast, he said he felt it only divides the efforts when he perceives he is “attacked as [being] a white guy” by psychiatric survivors, when “we agree on the same stuff.”

Fisher agreed that the months of advance work and at the pre-conference to identify priorities to bring to meetings with legislators on Capitol Hill showed “we can unify by action.”

But those efforts “failed to spill forward into the conference itself” and that perhaps needed more effort next year, he said.

The discussion circled back to divisions resulting from the expansion of certified peer support specialists in health care. Some questioned training and certification aspects, while others embraced it.

“This is the grass roots,” said a certified specialist from Washington, D.C., who described training as essential.

If someone is getting paid for peer support, that person “has a real job and a real paycheck” and is no longer an equal, with a relationship based on mutuality, said Susan, from Arizona.

In an article in Mad in America, said Charlene, from Arizona, Darby Penney distinguished two types of peers: certified peer specialists, where the relationship is not mutual, versus mutual peers, where there is “no differentiation in power.”

The ability to expand peer support through certification and funding is “a result of success” but “sometimes distorts the original,” Charlene said.

Doug said the movement needs to ask itself, “What are we moving towards?”

“Do we try to integrate in a way that [achieves change] rather than co-opts us?”

That echoed some of the range of perspectives from workshops. In one, the authenticity of hired peer specialists was questioned, with the suggestion that the goal cannot be “just to fit into the system” because one “has to be able to stand outside the system independent of public dollars.”

“We are putting the most oppressed people in the most oppressive system, and think they won’t be co-opted,” noted presenter Kelly Davis, in discussing the risks of becoming “mini-clinicians, mini-employees.”

In another workshop, change from within was celebrated as achieving the “beginning of a shift in the medical world to what we in the peer support world call person-centered care,” said presenter Robert Rousseau, a certified peer specialist and member of the state mental health administration in Boston.

*Discussion participants are identified by first names only because they were participating in an internal conference discussion and were not asked whether they wanted to share full identities.